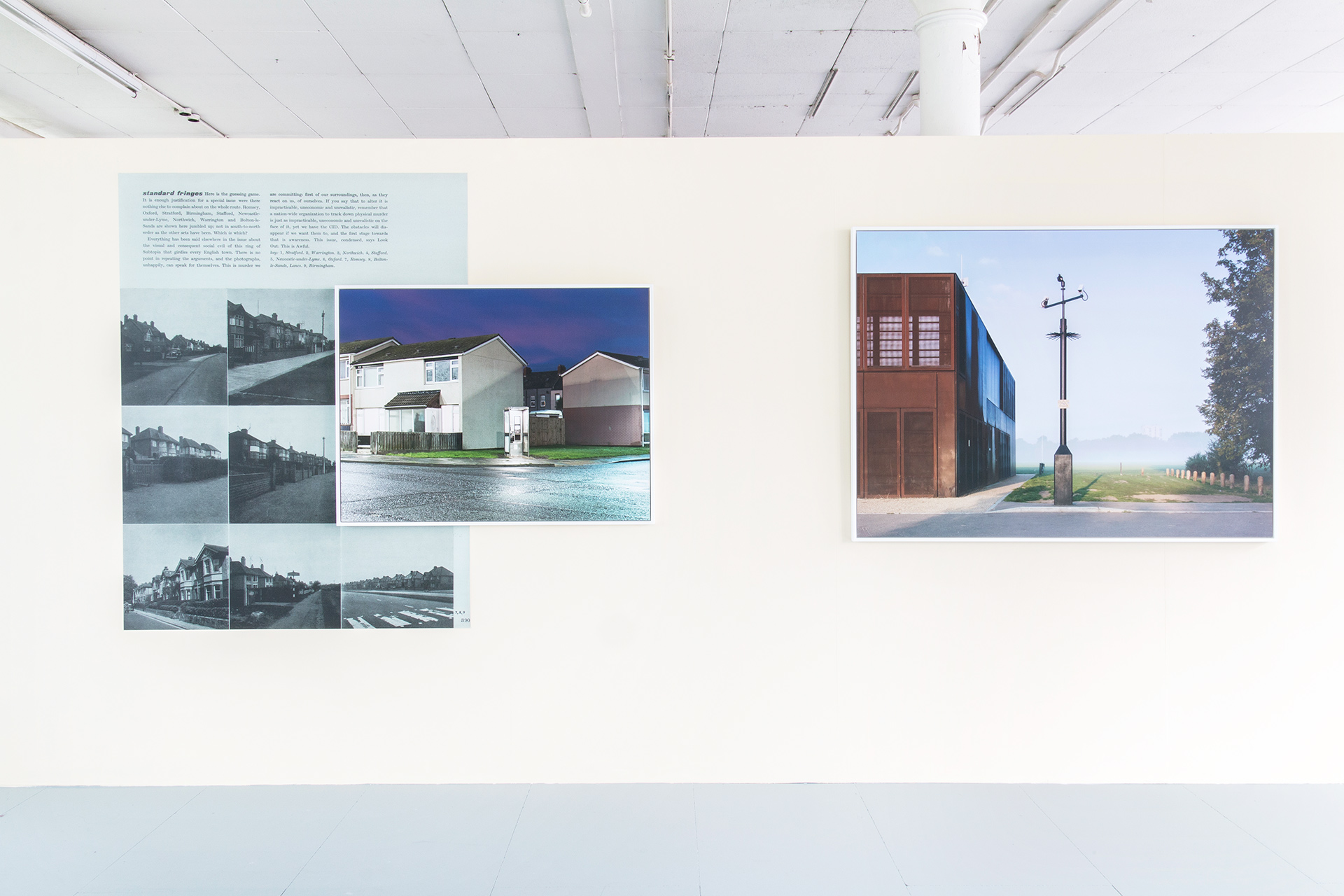 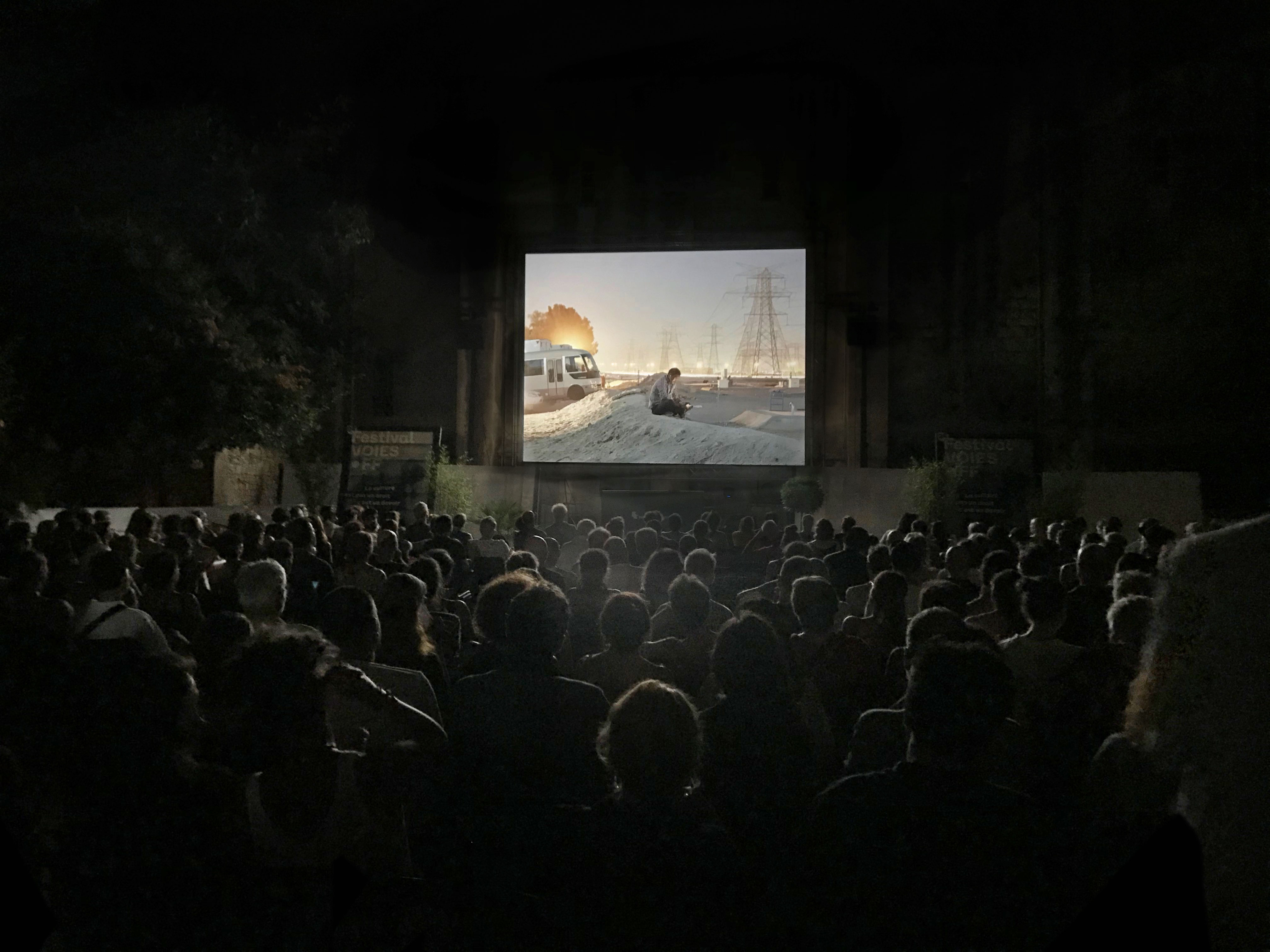 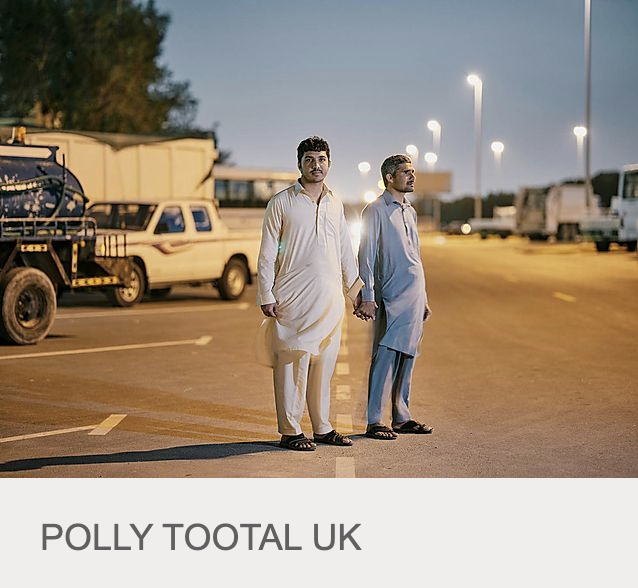 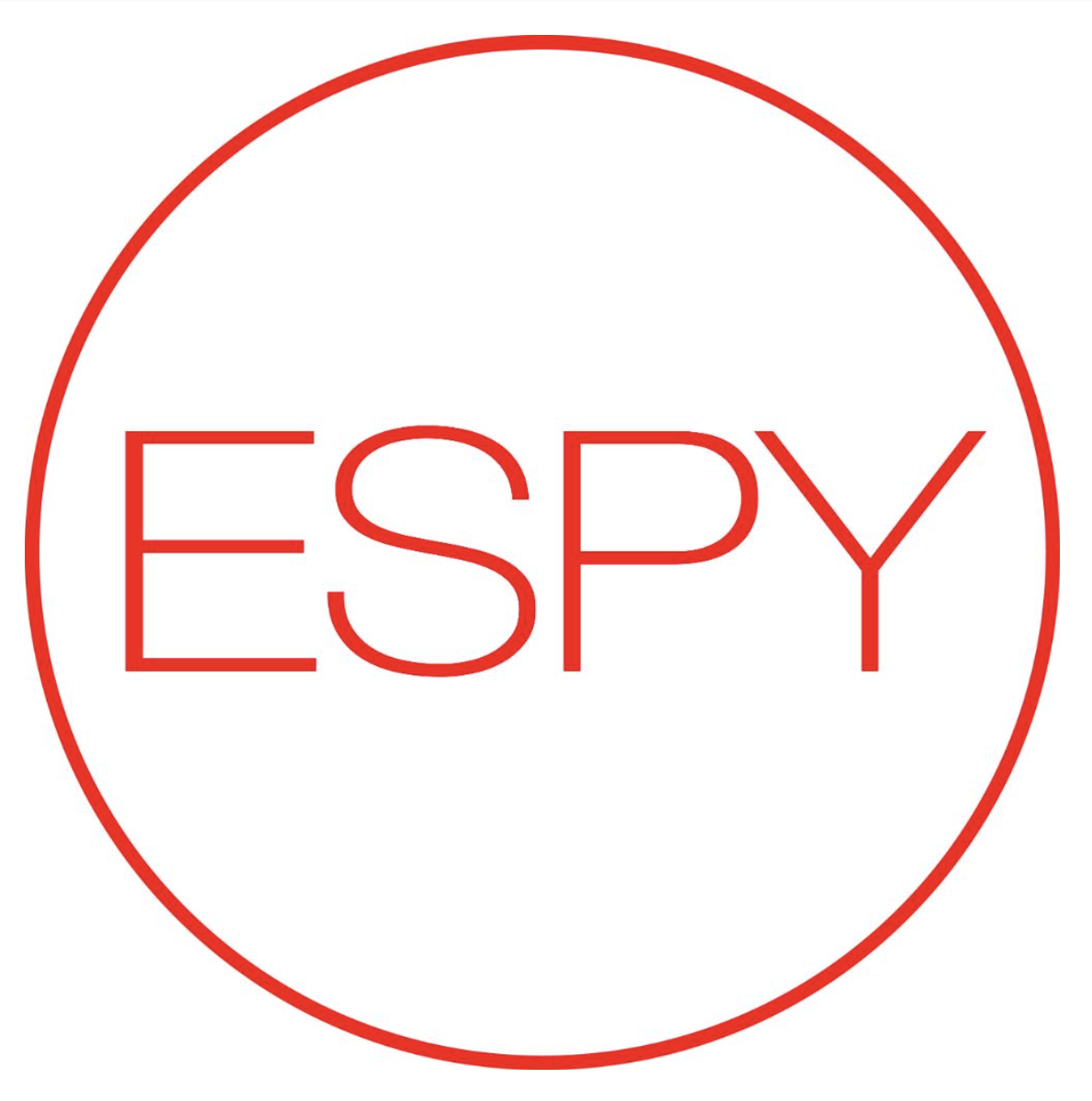 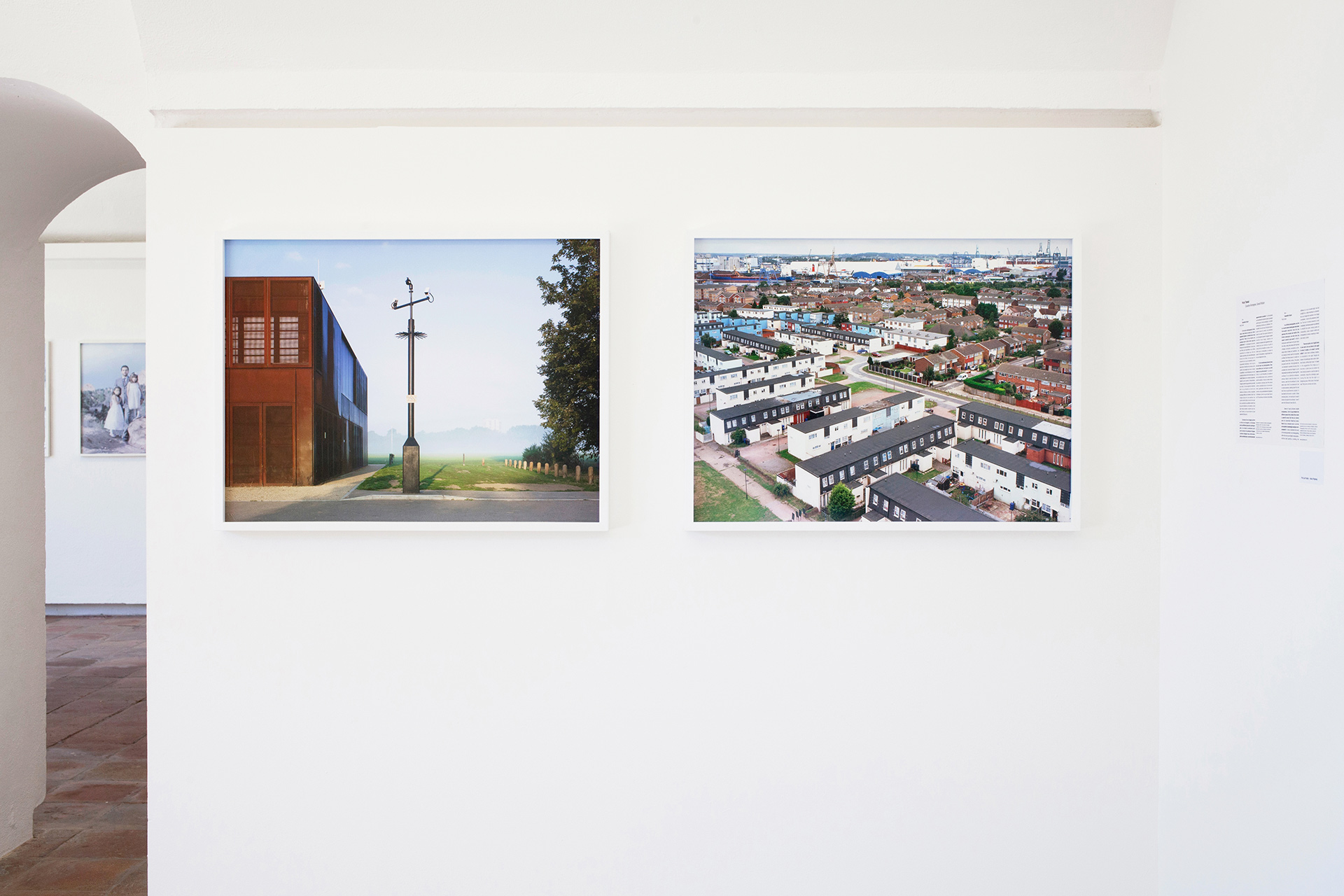 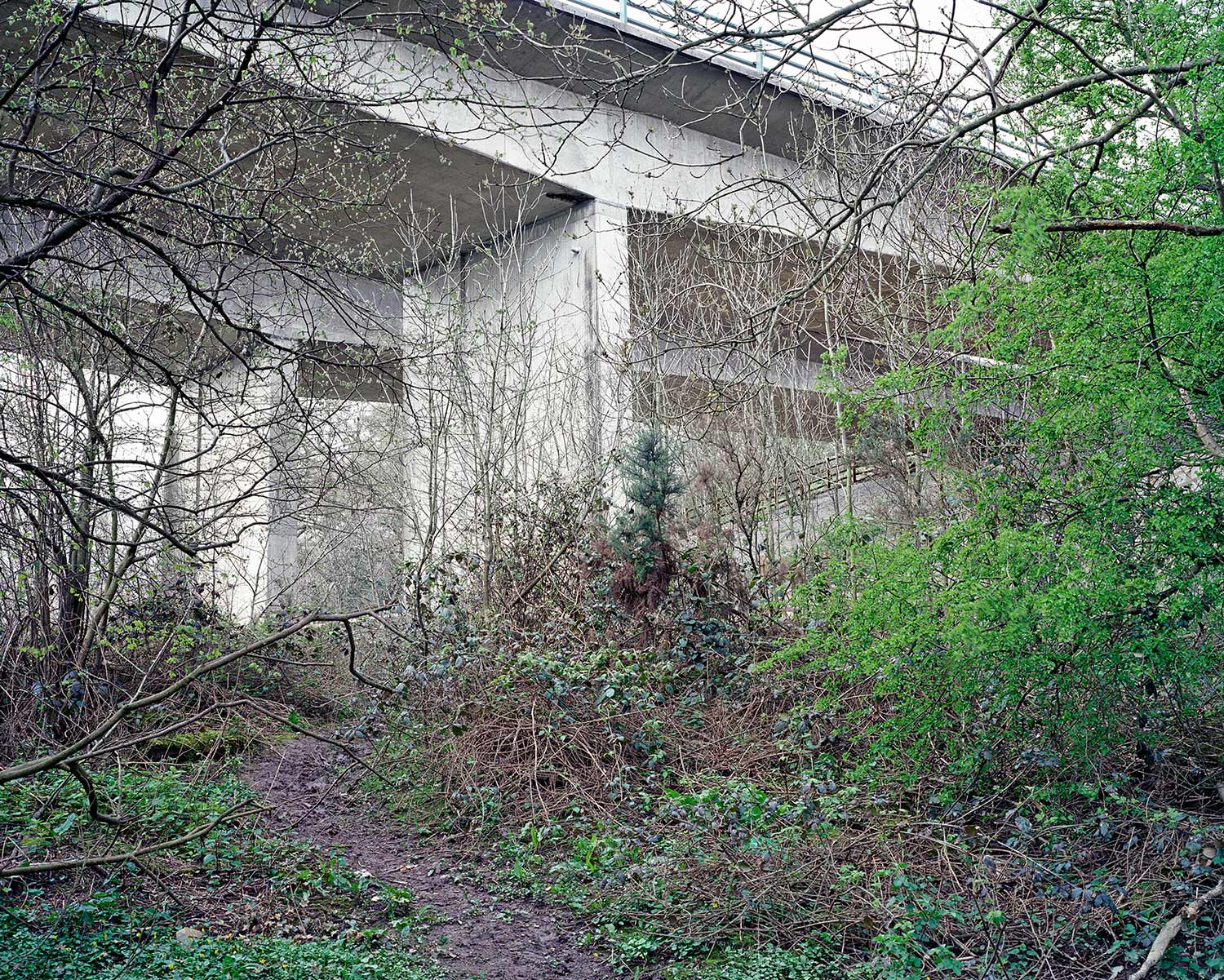 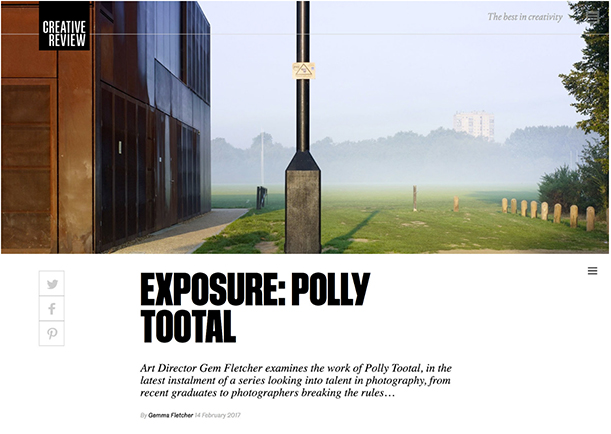 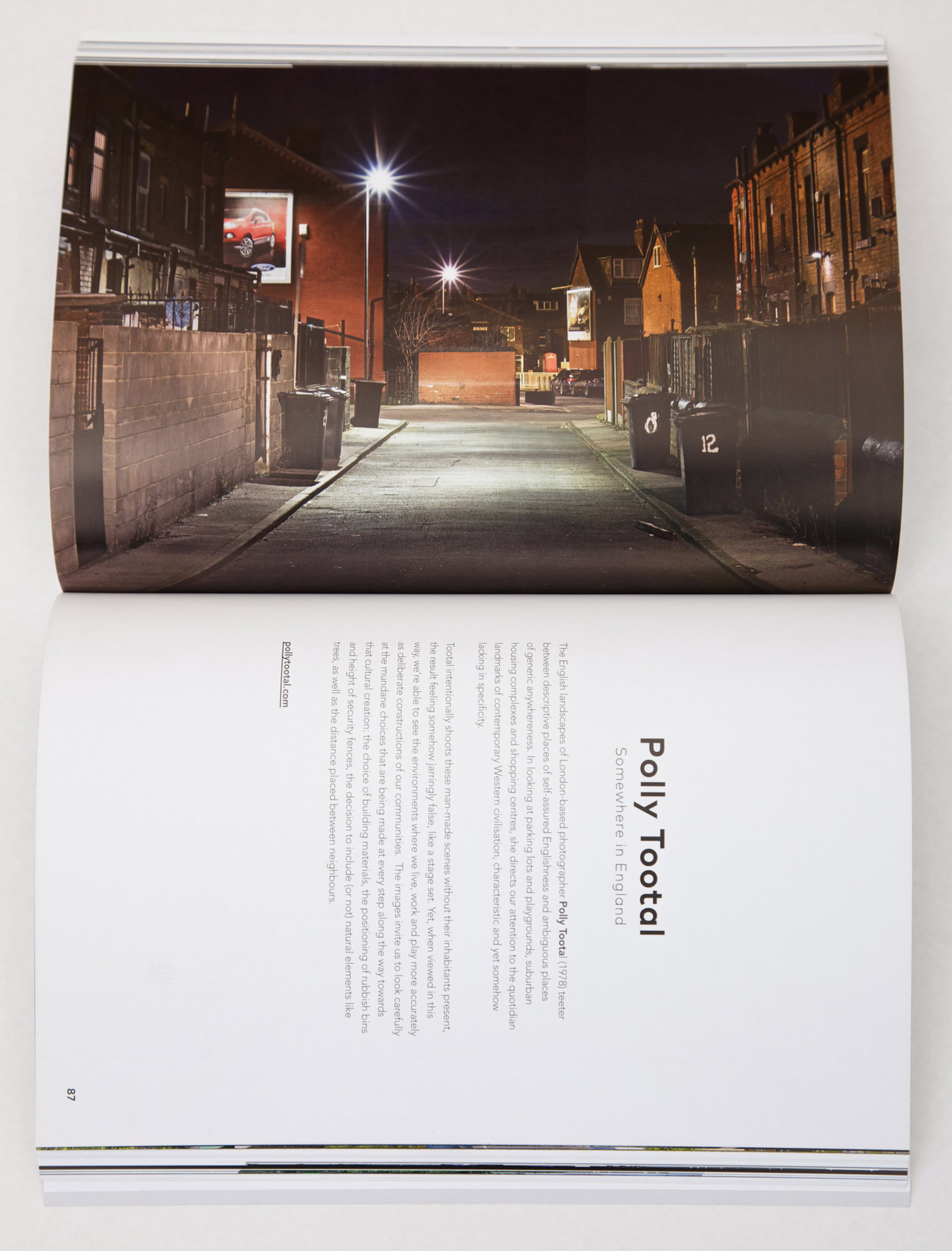 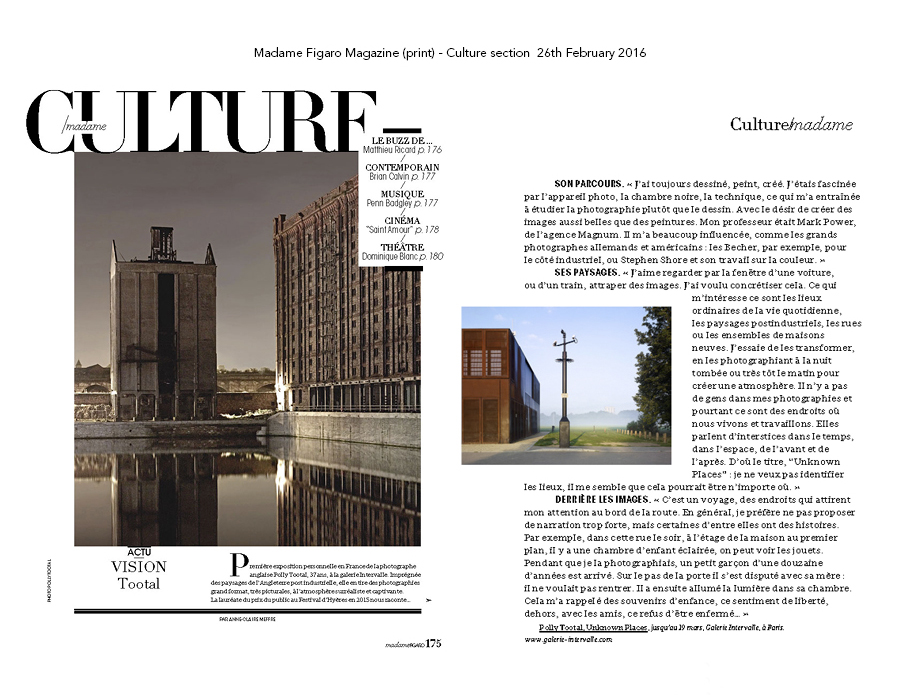 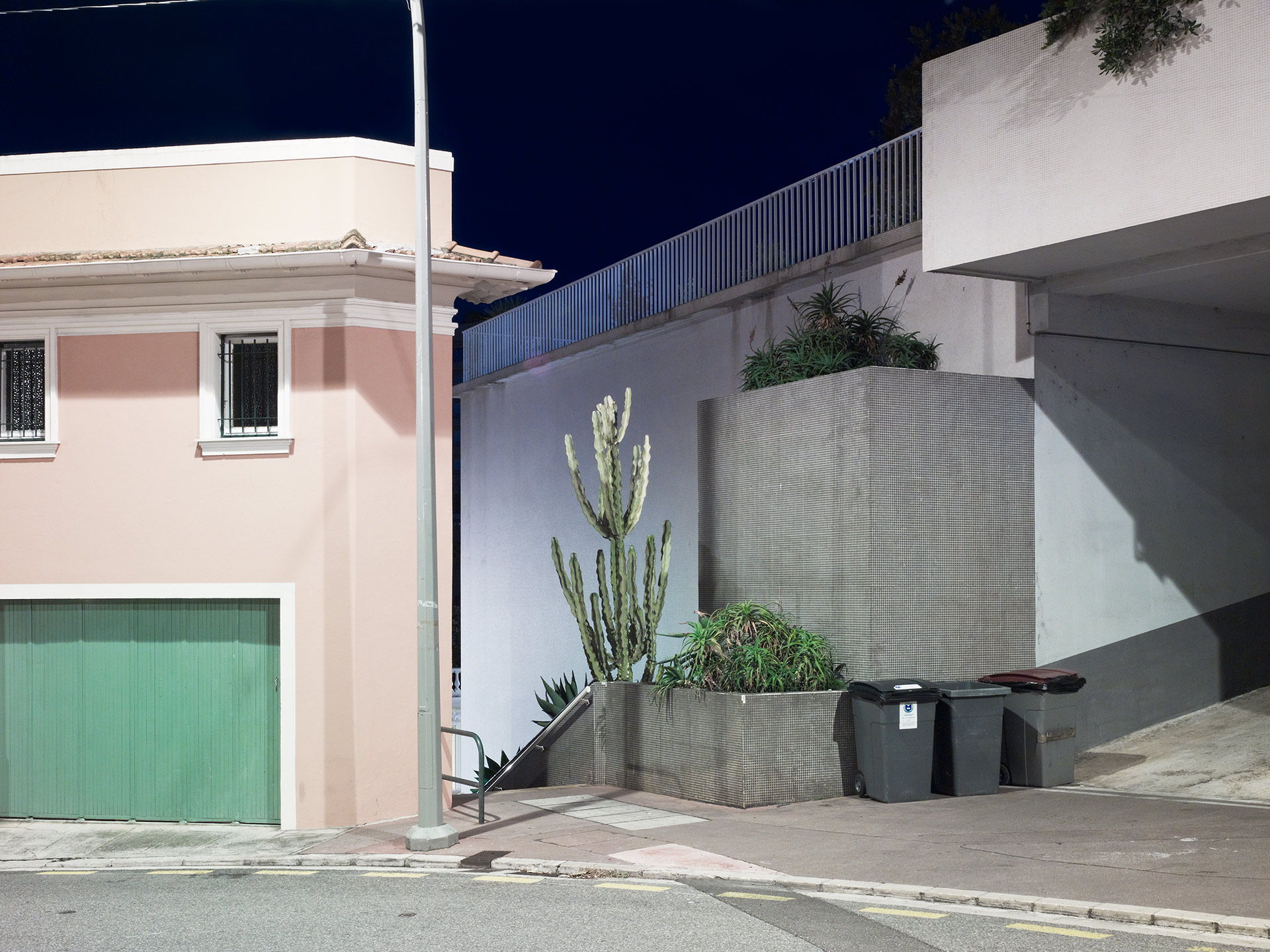 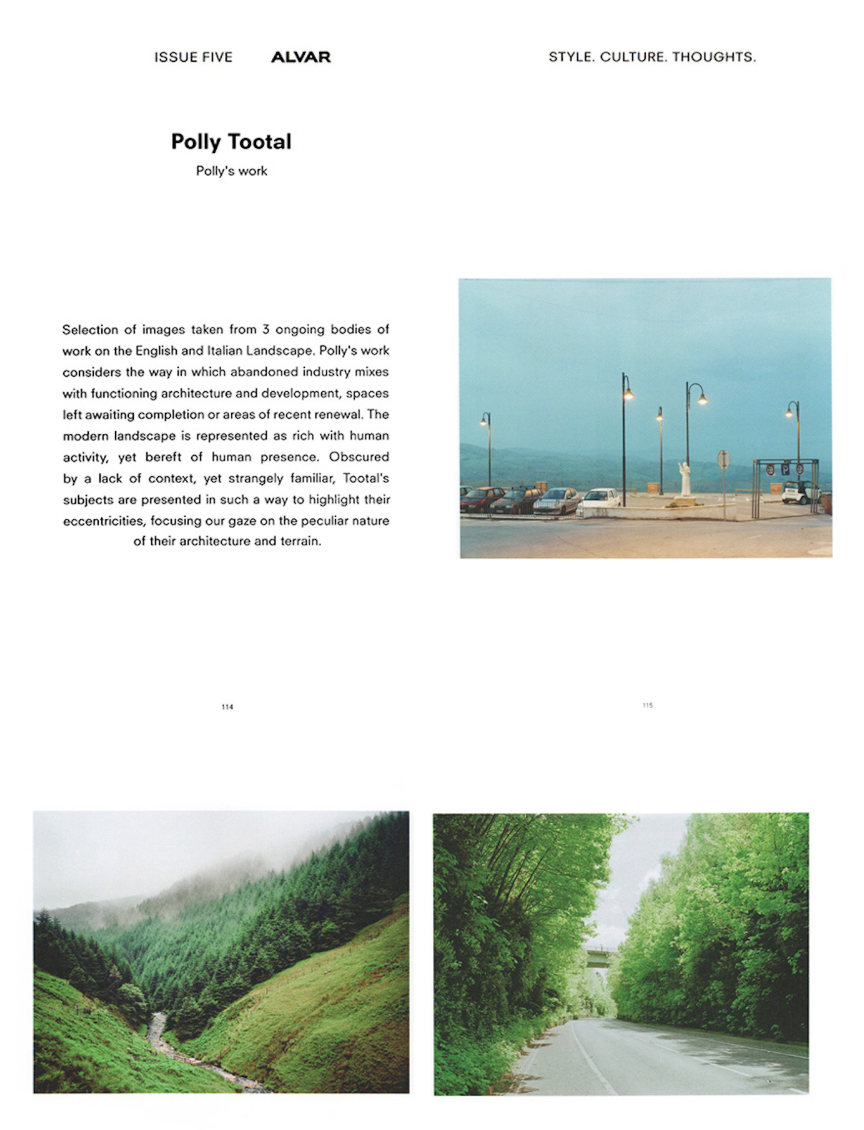 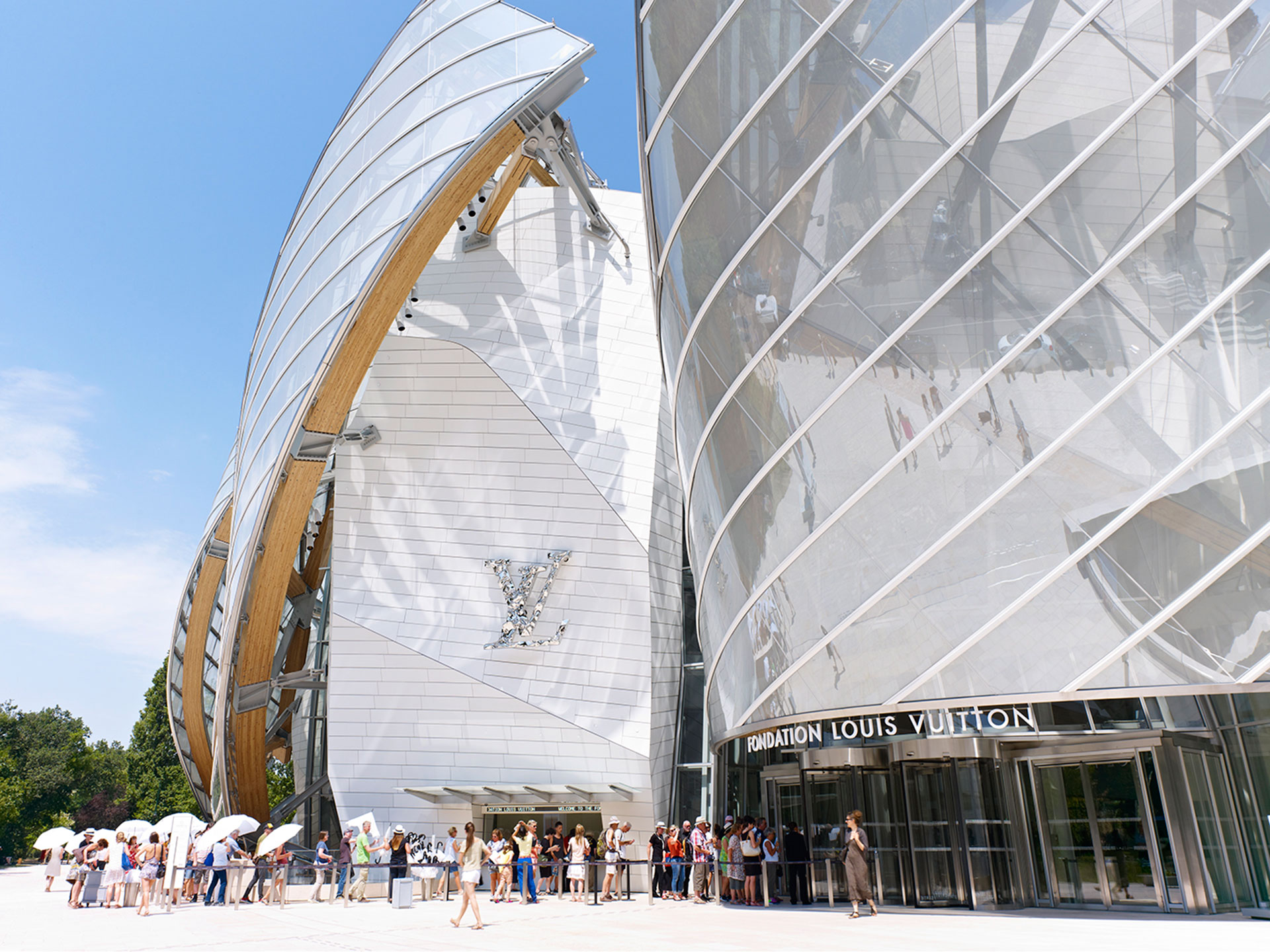 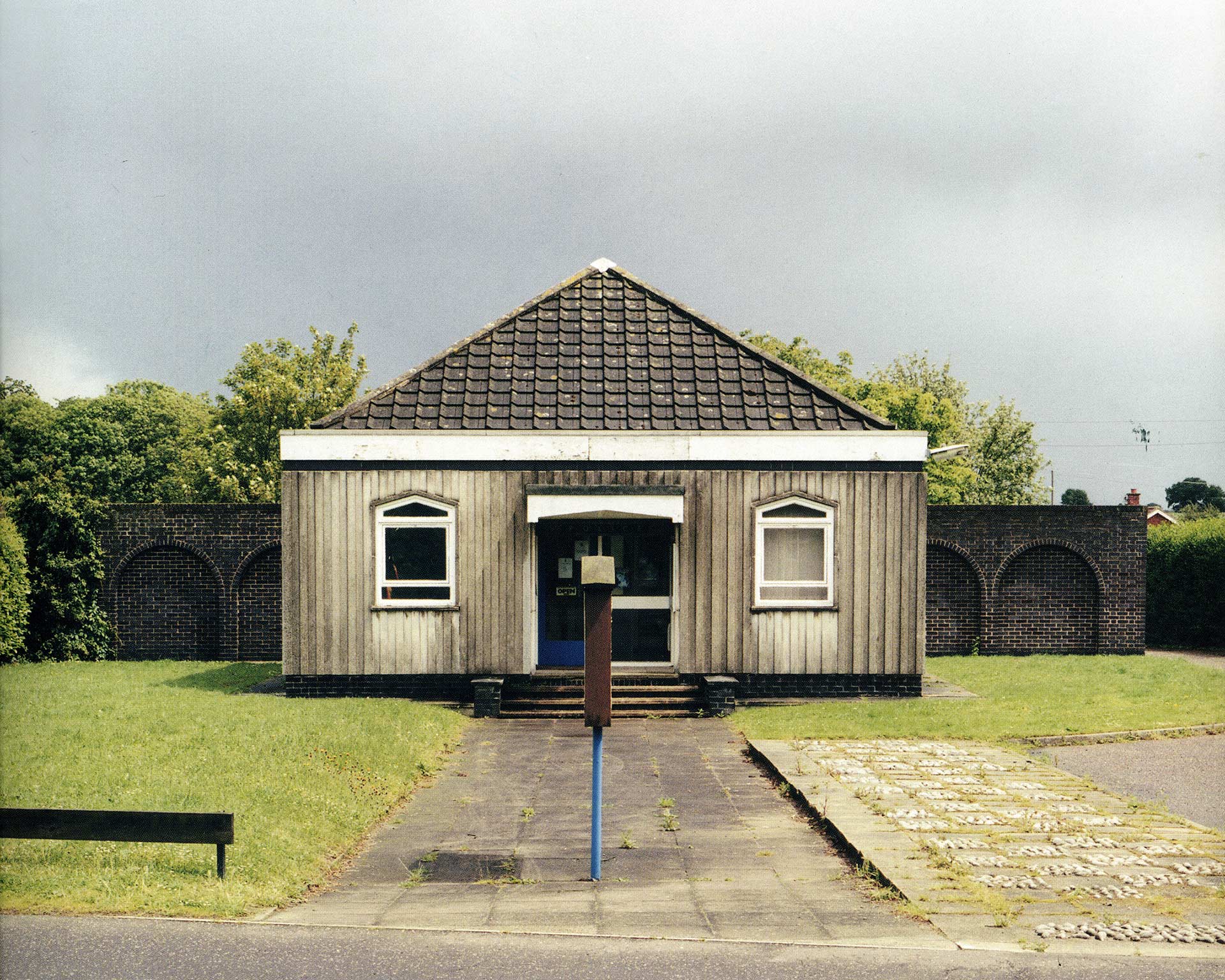 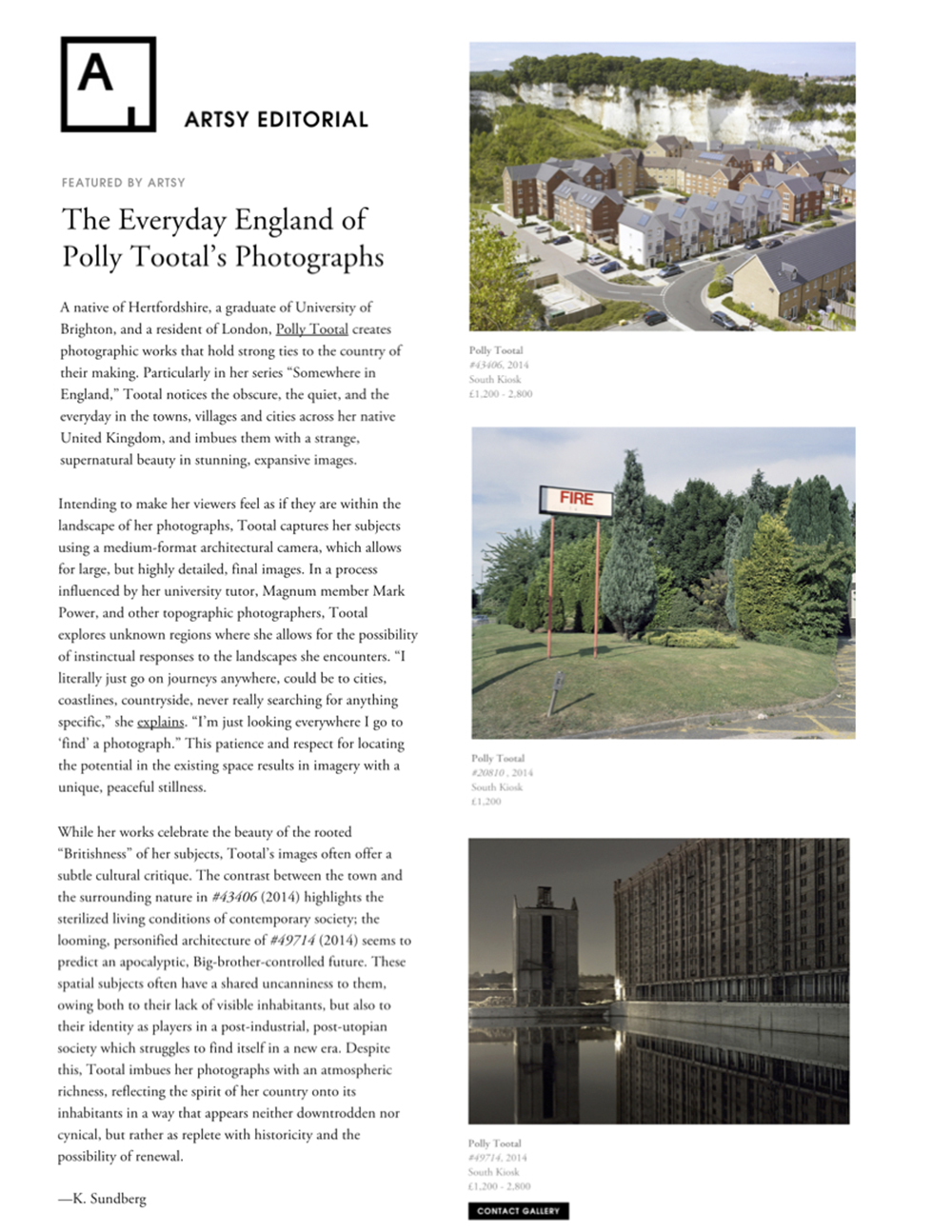 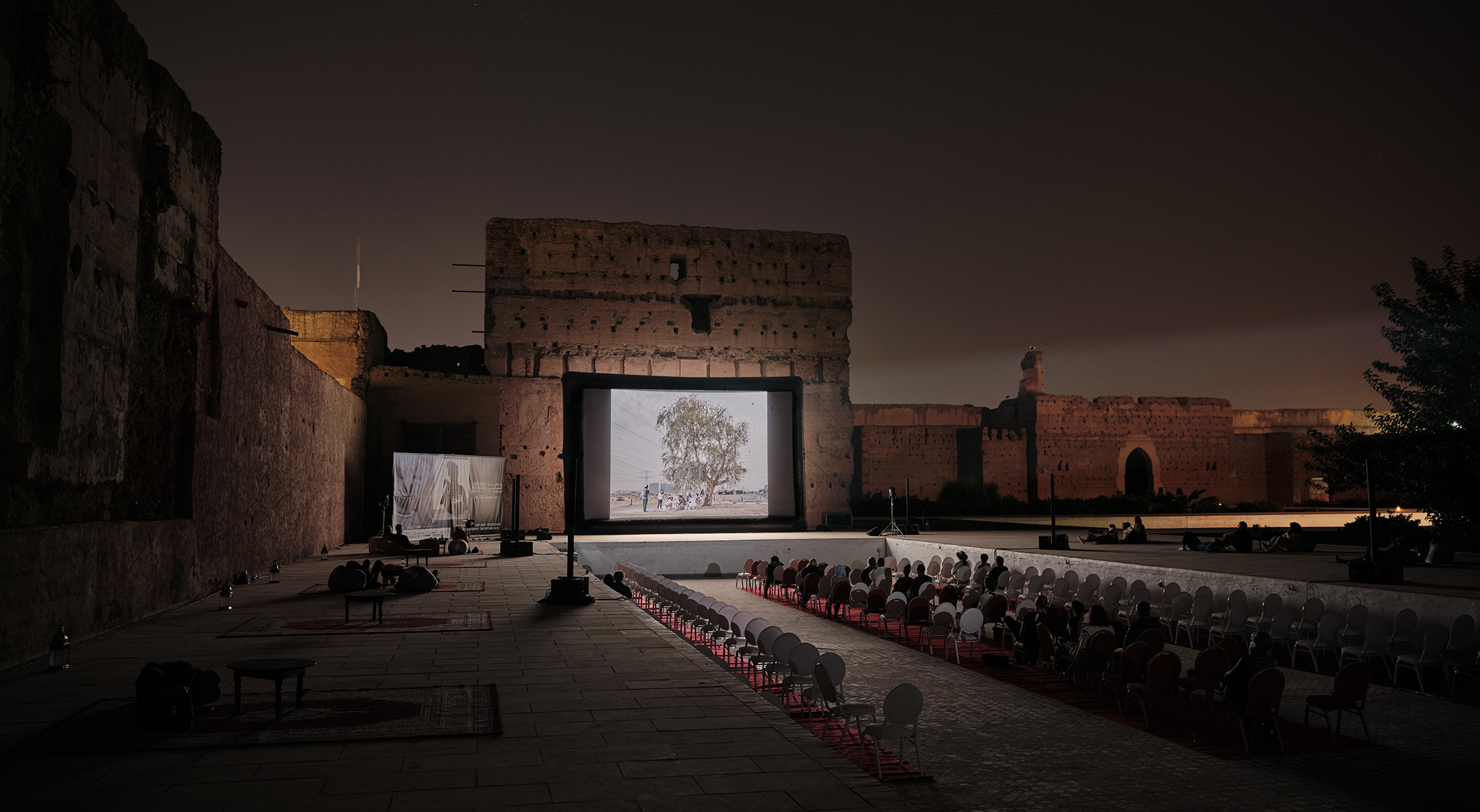 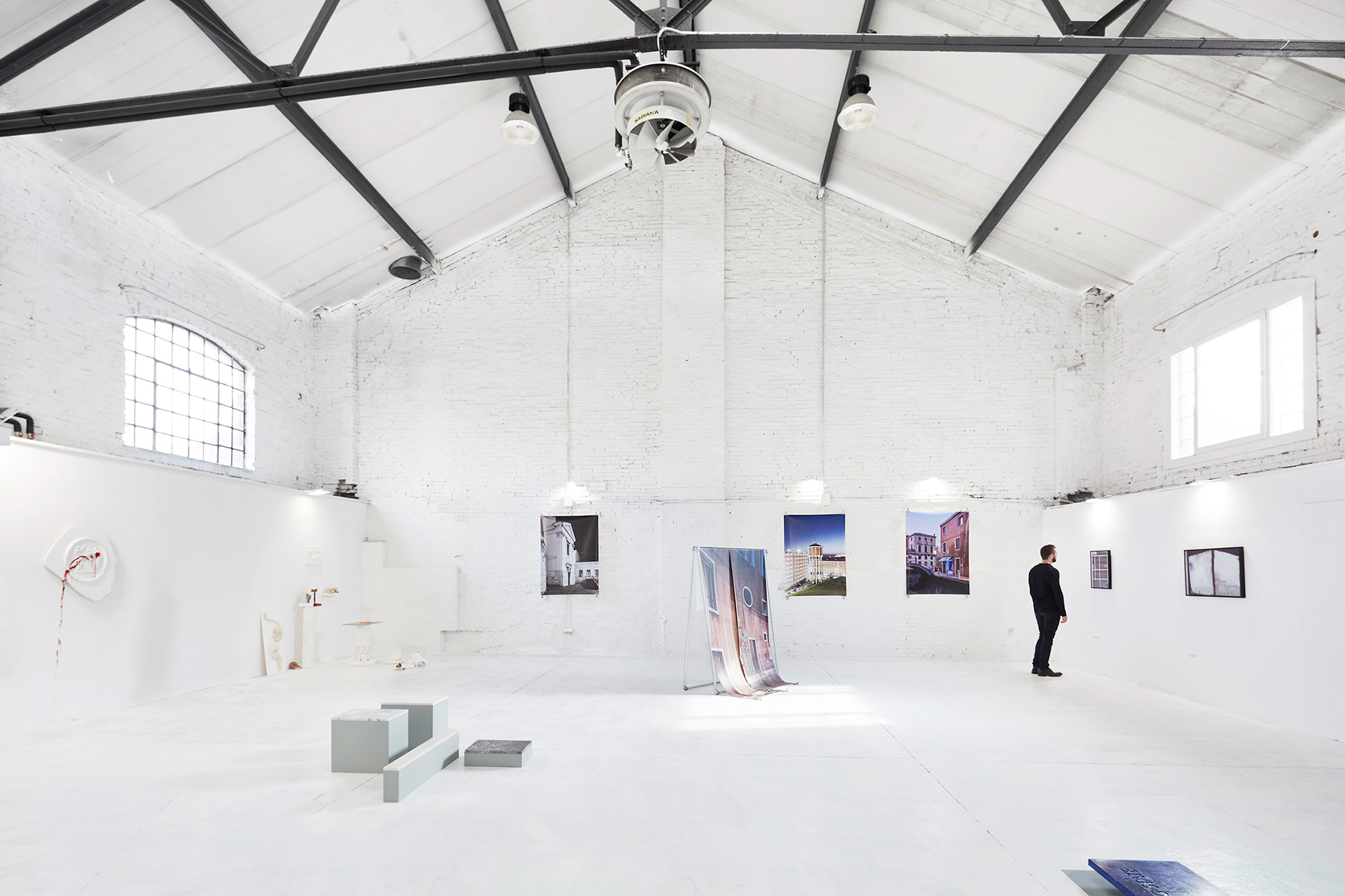 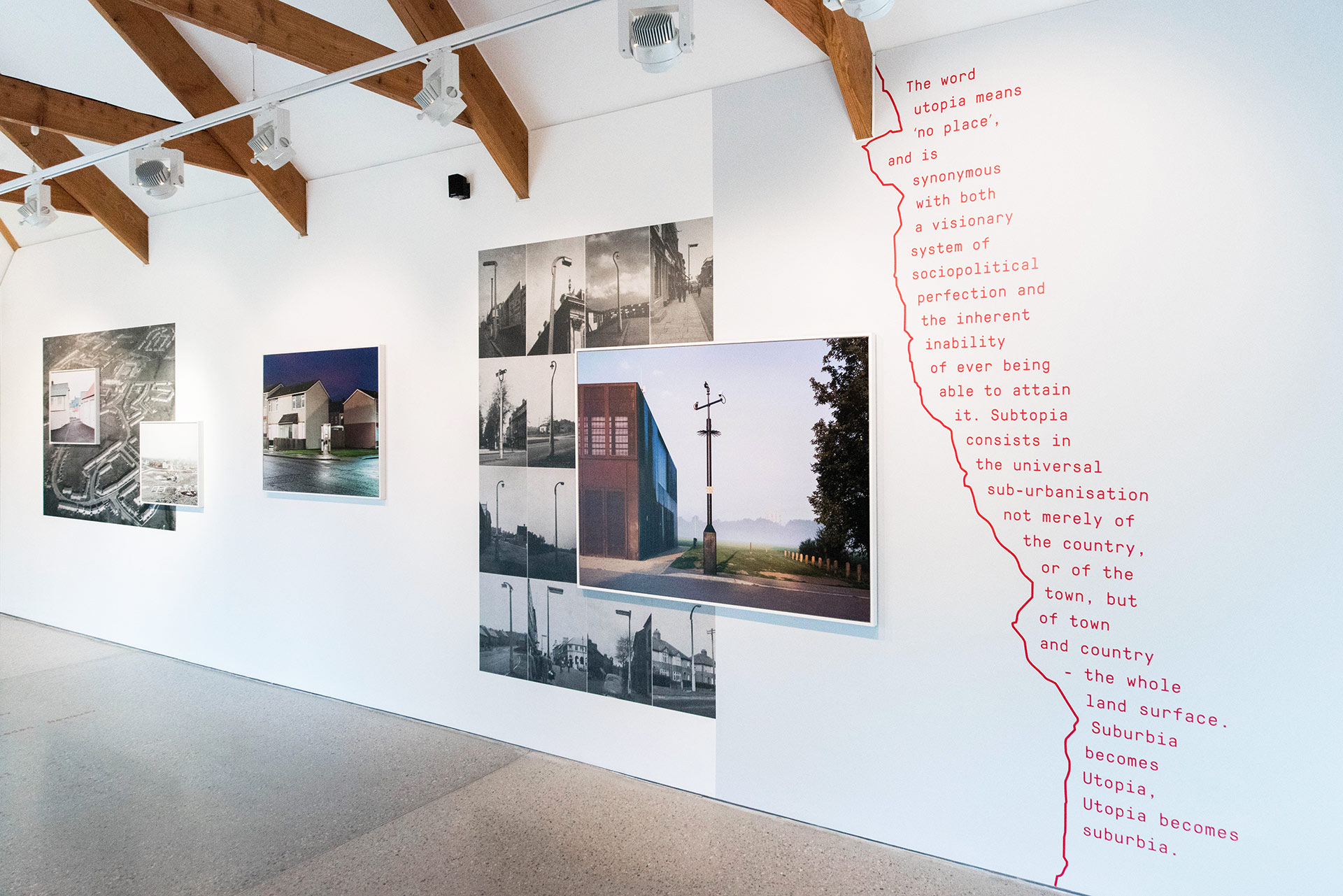 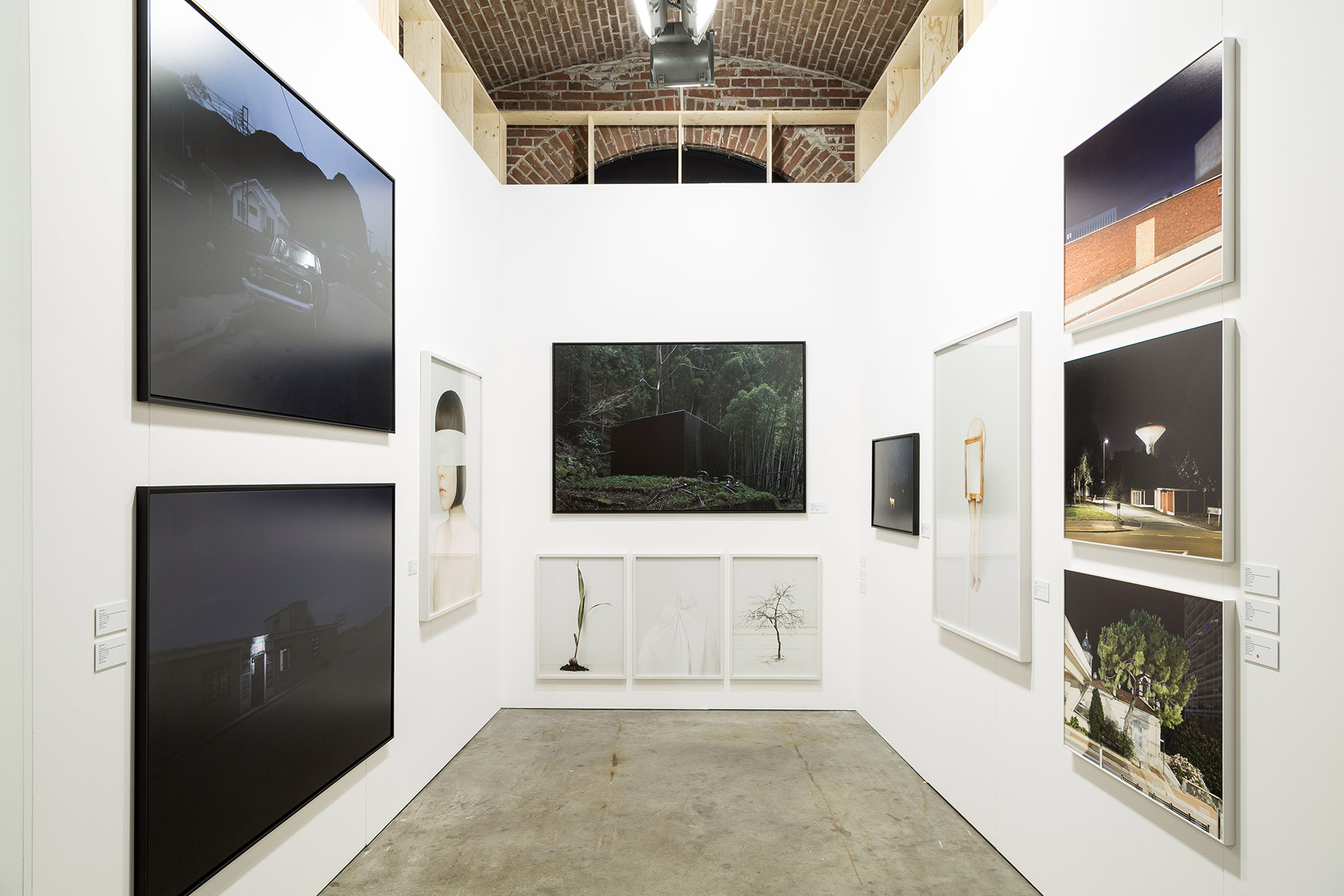 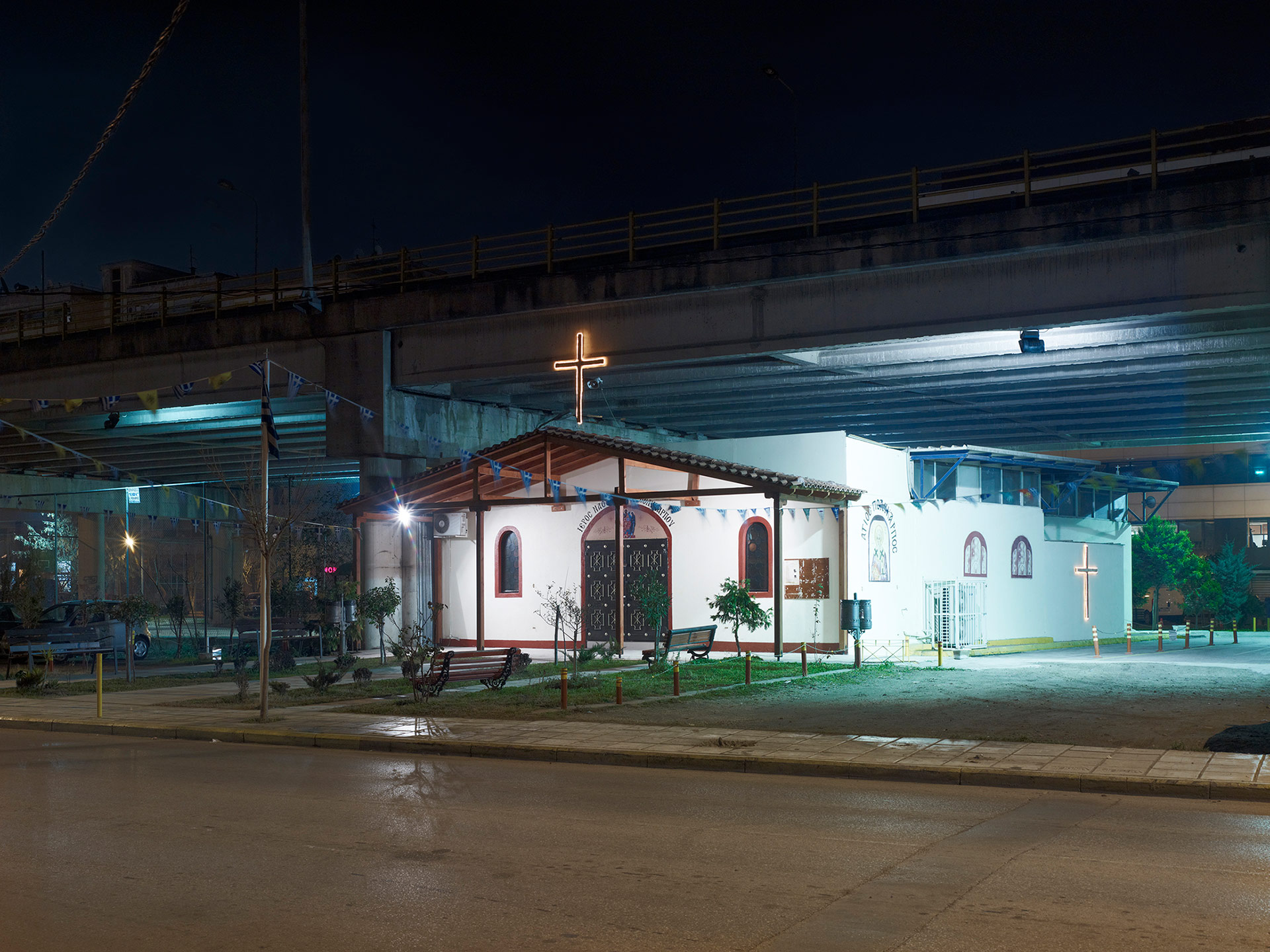 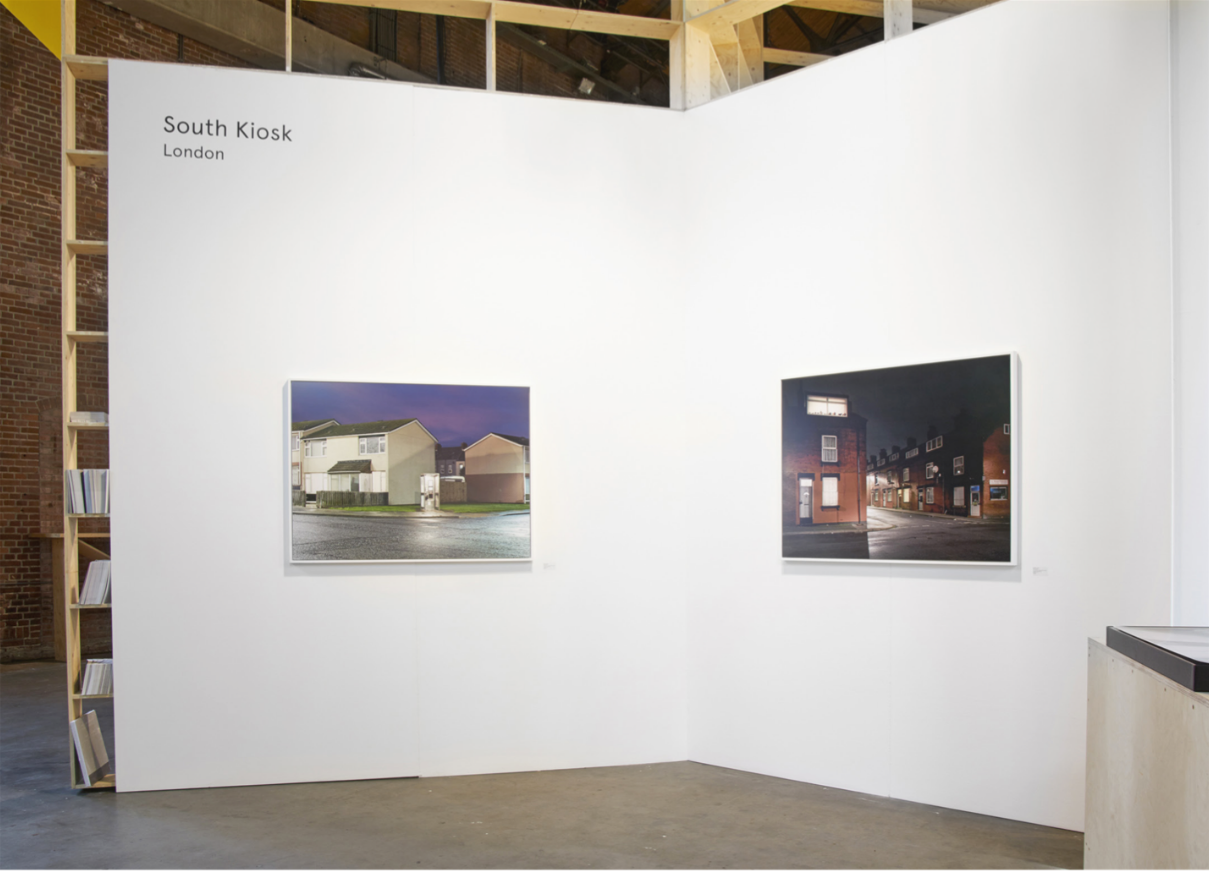 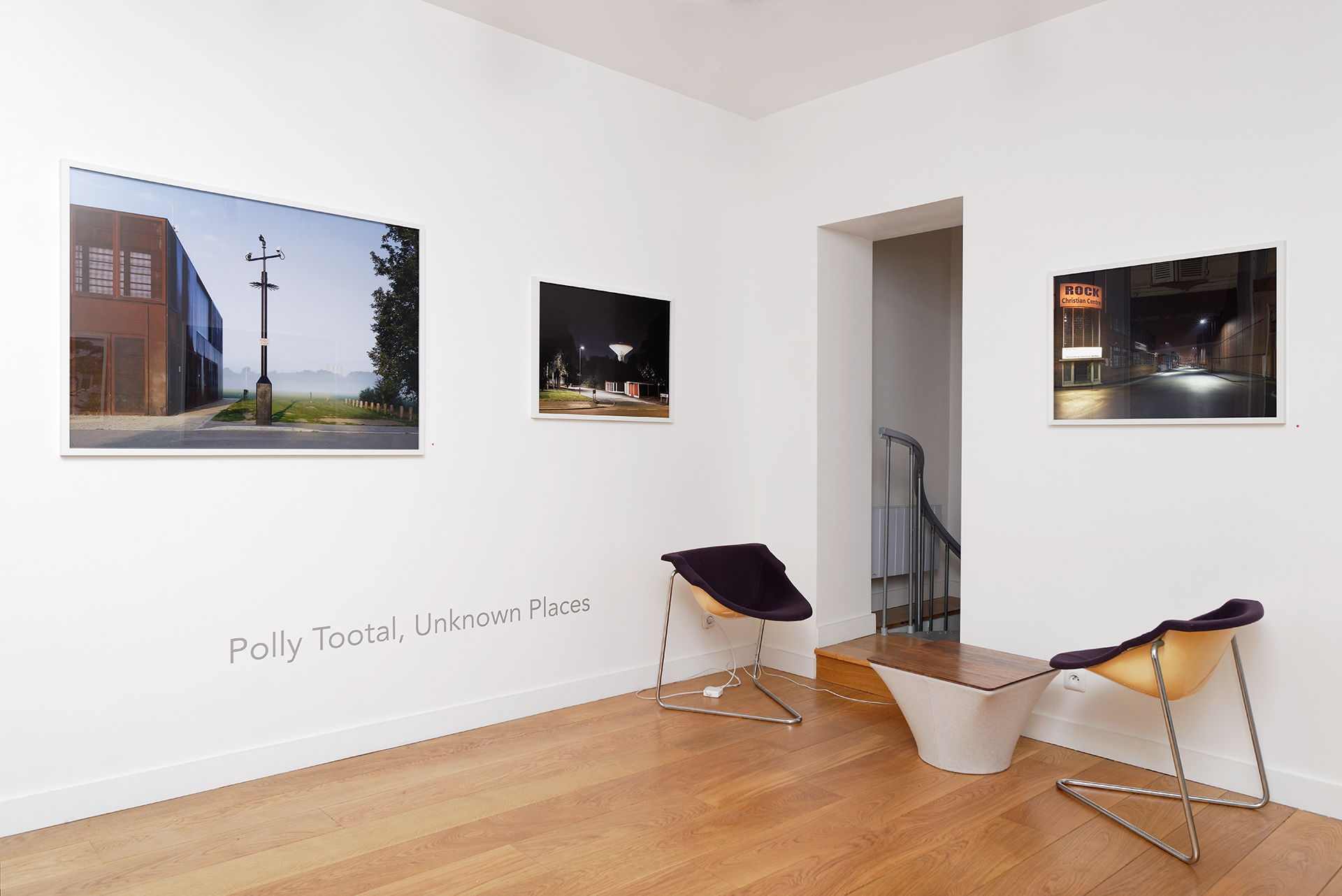 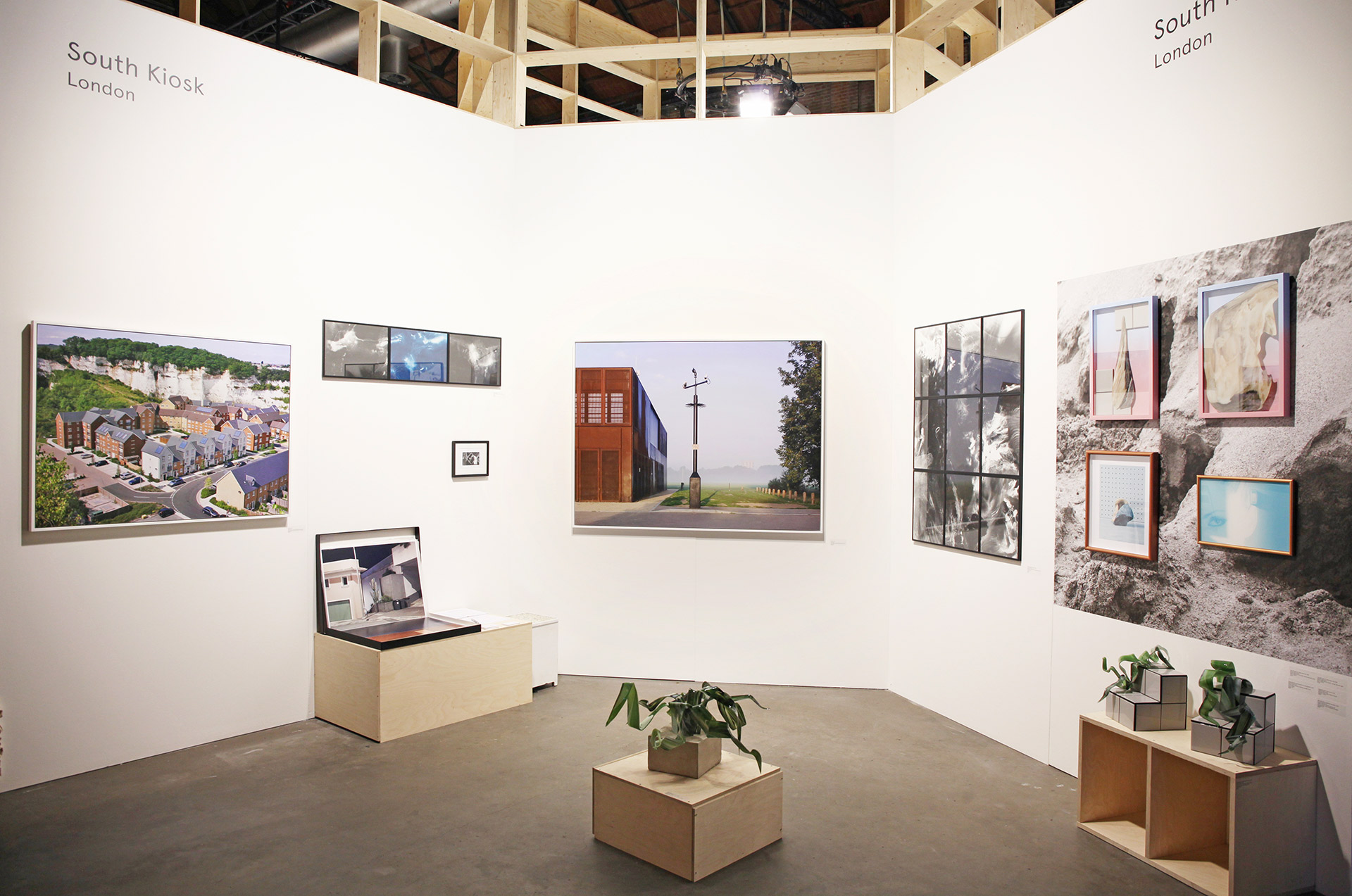 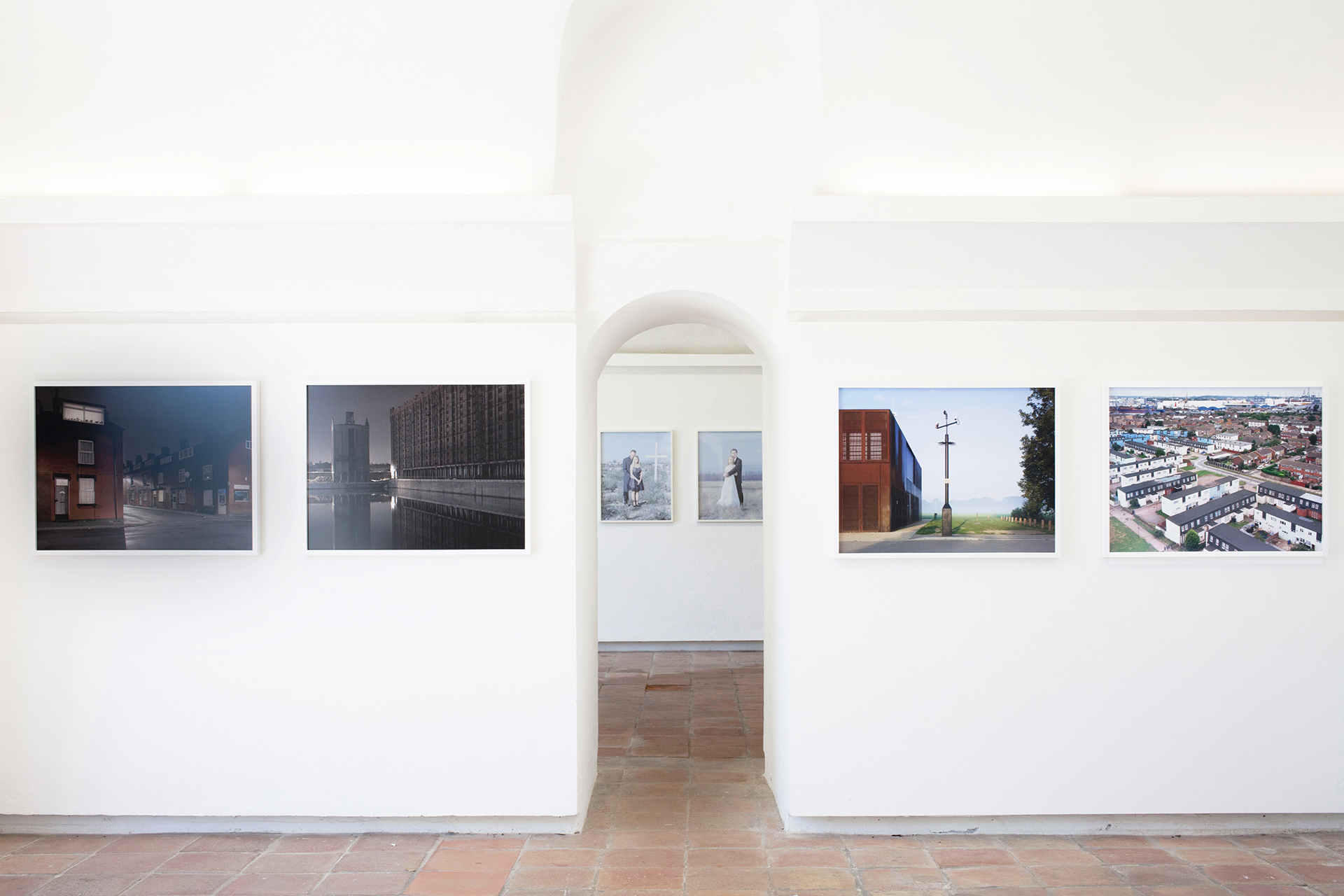 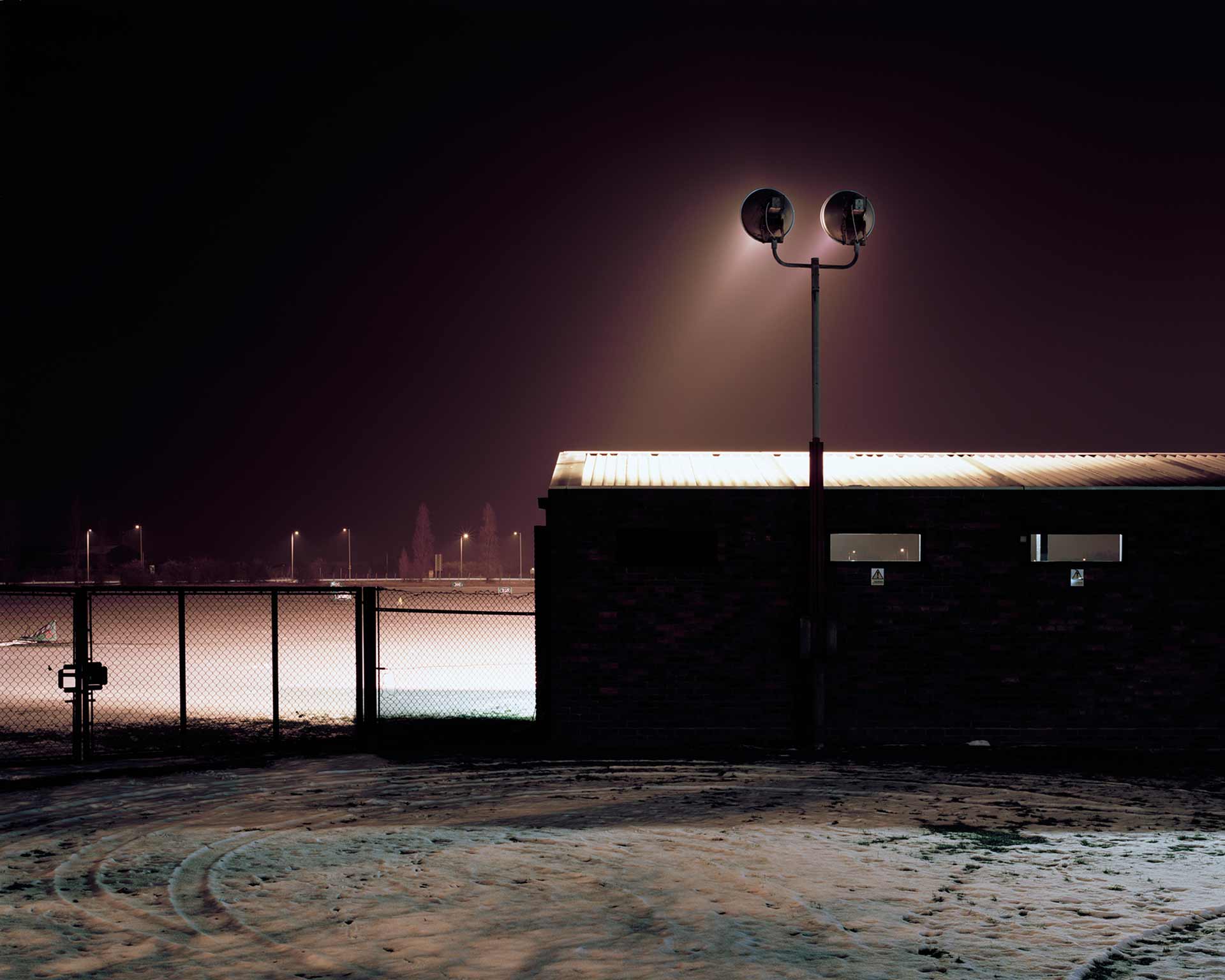 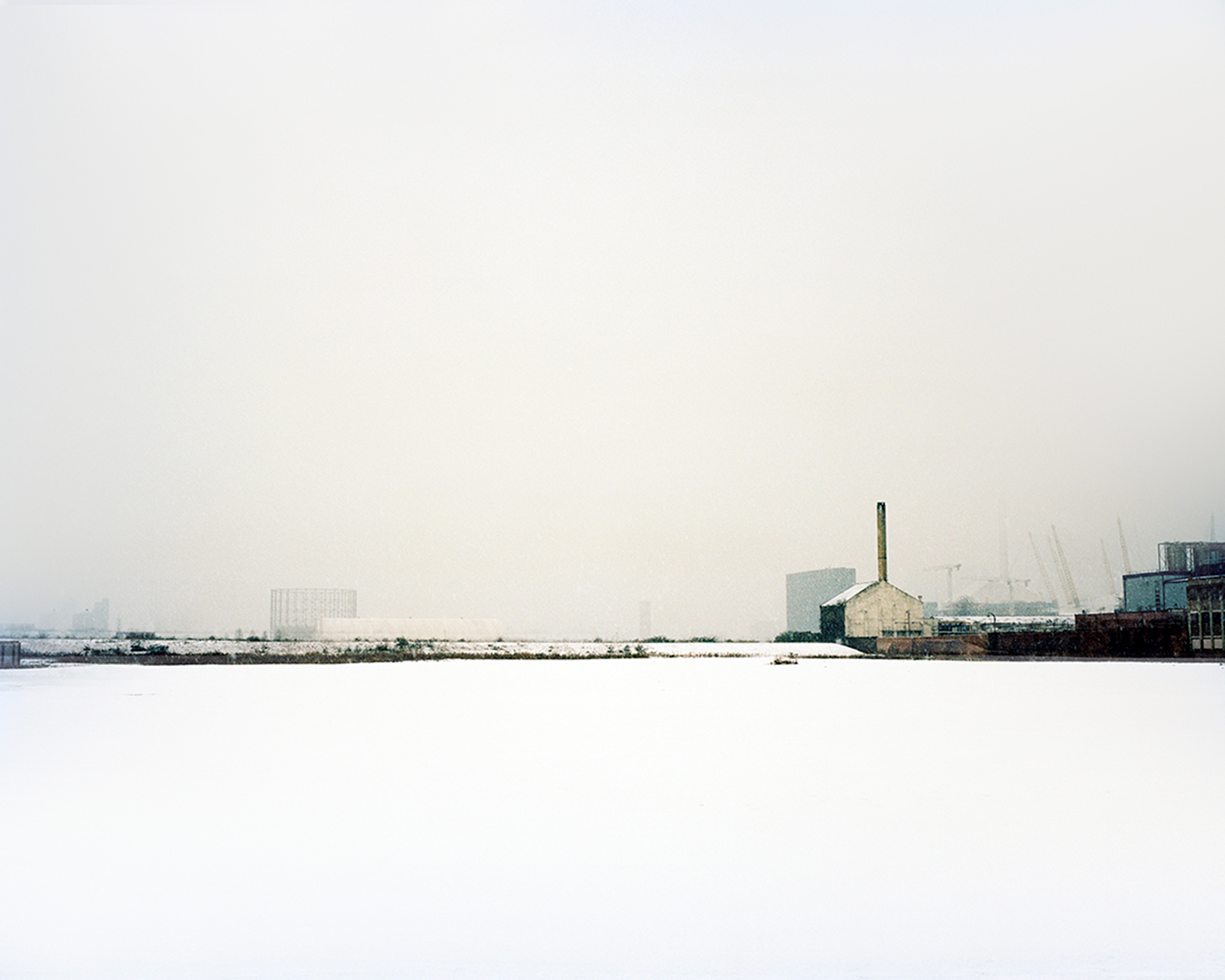 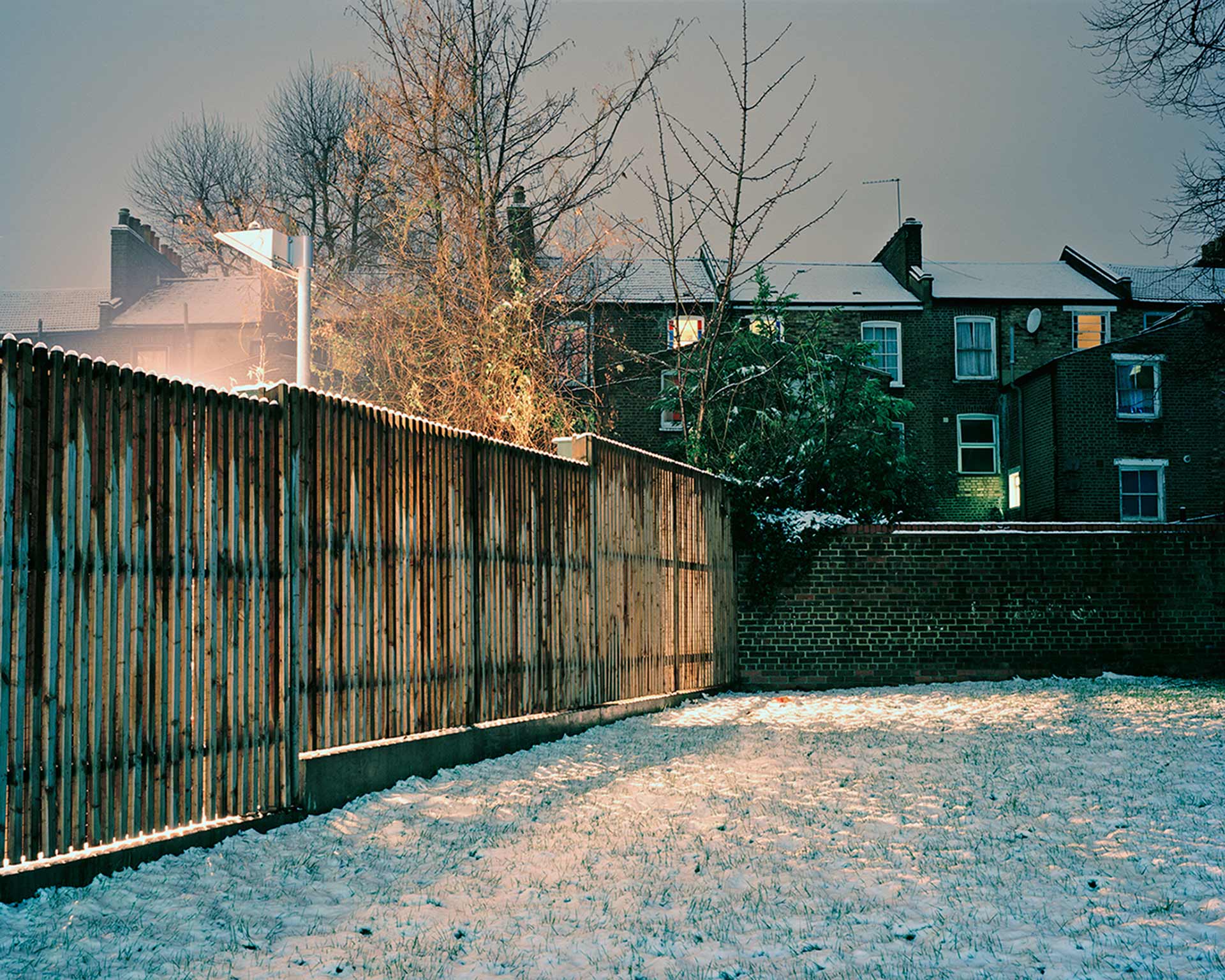 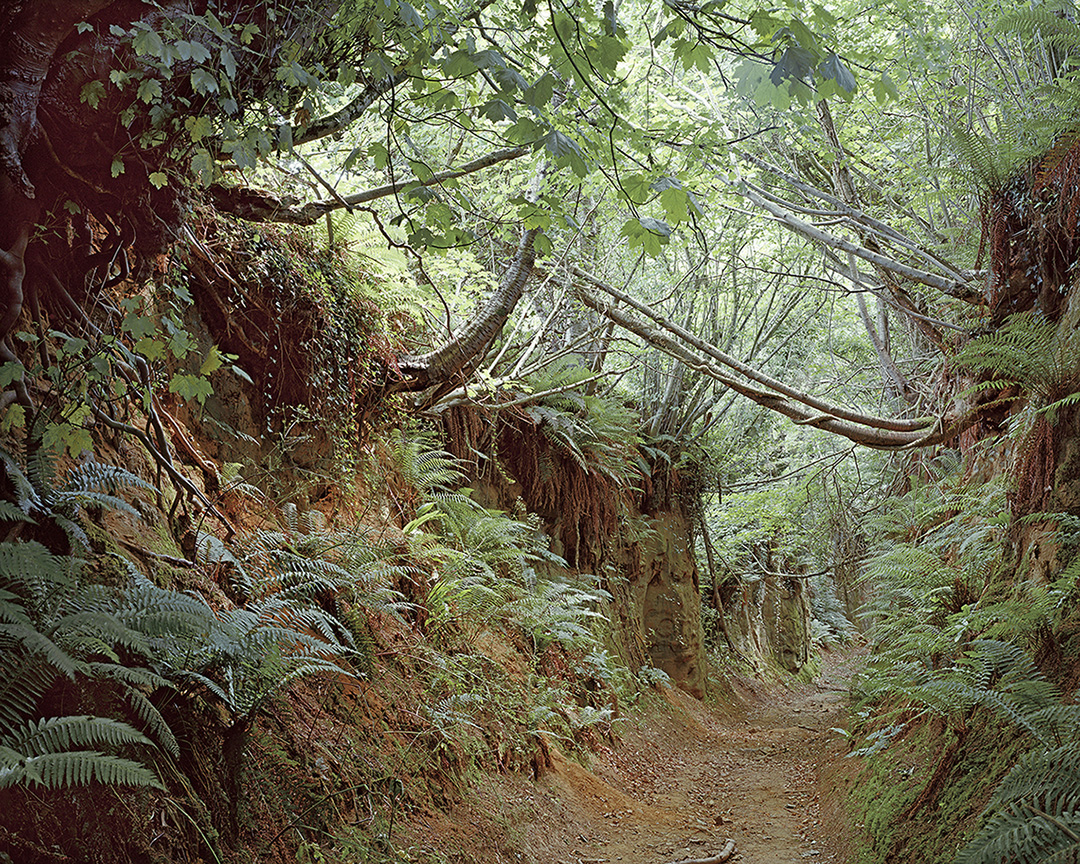 Polly Tootal’s photography tells the stories of landscapes and of the people who inhabit them—how they came to be there and where they’re going. Her award-winning series Somewhere in England (2010-2015) saw her create large, highly detailed studies of anonymous landscapes that emphasise architectural structure and the lay of the land. Her editorial work has seen her travel further abroad, from the bright heights of Singapore to the rapidly developing suburbs of Istanbul, to the desert motorways of the UAE and the hanging gardens of Espai Verd. Her landscape studies and portraiture display a sensitivity to composition and an overall sense of composure. This is an approach she honed while studying under the Magnum photographer Mark Power. A style necessary to illustrating the sometimes pressing, always inspiring stories of people being brought together and connected.

Polly Tootal has lived and worked in London since graduating from Editorial Photography at the University of Brighton. Her landscape studies have been awarded the Prix Du Public Vile D’Heres Photographie 2015 and The Association of Photographers Award – Landscape Series 2010. She has been commissioned to depict the connections between people and place for clients such as Airbnb, Ink Global, and Air France, and fashion and lifestyle brands LVMH, Monocle Magazine and Madame Figaro magazine. Tootal presents regularly in solo exhibitions, group shows, and at art fairs throughout Britain, Europe, and North America. Notably, she exhibited at the Palazzo Rialto as part of the Venice Architecture Biennale 2014. Prints of her work are held in private collections in the USA, Europe, and the UK.

'Polly brings a sense of mystery and wonder into all areas of her work. Her graphic compositions emphasise the almighty industrialisation of our world, while her quiet portraits remind us of our delicate and vulnerable humanity. This interesting dichotomy is a welcome new visual voice in the industry.' Gem Fletcher.

Polly Tootal is a photographer of British landscapes, yet the landscapes she registers are not likely to be found in any popular chronicle of the land, rejecting as they do the obvious beauty or grandeur of things and instead existing in the spaces in-between1, the ones that are passed through every day, so nameless as to be embedded deeply into our consciousness and then forgotten. Perhaps this is why then, despite their surface anonymity, they all seem so uncannily familiar to me.

Polly has talked about a continued fascination with the landscape, and it’s true that there is something obsessive about the scale of her project, the way in which she wants to map modern Britain, creating an extraordinary record of this place that she has always lived.

She uses medium and large format architectural cameras in her work. The work is deliberate. Nothing is frenetic. The gaze is always fixed and level, undiscriminating in focus. Each image is the final act of a slow and considered performance. On the surface the photos seem unadorned. There’s no processing or manipulation afterwards. No smoothing of the rough edges. There’s a piss stain on the side of a building2. Even the litter remains. Starting before dawn and working through the day into the dark, Polly travels Britain looking for her subjects, looking out at “everything we see, might see, have driven past, or rather have missed, not noticed.” Instinct still has a lot to do with the initial selection. It’s gut feeling, a subconscious awareness of the potential energy of space.

When she finds a subject she sets up and waits for the right moment. She only takes a few exposures of the same landscape.

It’s no surprise to discover the Bechers3 are an influence, but compared to their typological surveys4, her project is loose, deceptively objective, varying from image to image. Not concerned with the repetition of specific elements. Not so narrow in its vision. Instead, with each unique image, there’s a subtle vein of drama, an eye open to the strange and the exotic5, the mundane6 and the obscure. Not limiting herself to specialised projects or adhering to restrictive formal rules, she instead takes an interest in atmosphere7, humour8, light and tone, looking to craft a delicate mood or declare a truth about a place. The ultimate goal is of a complex story, a vast and wide-ranging index of the British landscape and a store of unrelated yet connected images.

Common elements hold the project together. The images often lie upon thresholds and boundaries, liminal zones, between urban9 and rural10, leisure11 and industry12, lived in and discarded. Polly is interested in “places where abandoned industry mixes with functioning architecture and development, spaces left awaiting completion13 or areas of recent renewal14.” Whether suburban15, urban or rural, the subjects have, for the most part, been seen from the road16; discovered and observed from the inside of a car. This might be another reason for the strange familiarity the images possess, their sometimes-disturbing déjà vu. I think to myself, how many times have I passed this place? Unknowingly drinking it in and storing it inside. Warehouses, business parks, shopping centres, waste-ground, motor- ways, car parks: the non-places that quietly fill up our lives, the sites of transience. Maybe I’ve seen none of them, but I am certain that I know the Little Chef17, this stretch of motorway18, that patch of industry19, this housing estate20.

The flip side of anonymity is universality. The universal anonymity of these photos tells me another story of modern Britain. It whispers of the silences of sterilised life, the hypermodern, supermodern, whatever you want to call it illusion that history has reached an end- point, the lie that there are no more wars here, that there are no more noises to be made, no more dramas. Banality, apathy, convenience. The Americanisation of the landscape, the triumph of the cost-benefit analysis and the. middle manager and the out-of-town shopping centre.

Some of her images have a whiff of slick professionalism too. Some mirror the antiseptically glorious billboards selling newly built suburban neighbourhoods or stylish urban dwellings. But this is an irony: her images aren’t selling what they represent. They’re offering other things. They’re turning real estate and commerce into an abstraction, making aesthetic objects of ugliness, creating spaces by which to enter into jokes, stories, ideas, useless thoughts, emotions, beauty. It’s an odd and unnerving beauty. Often it’s laced with melancholy. Sometimes with menace and dread. Occasionally the humour is resolutely British, a sly wink, a visual joke and a dash of the absurd.

Internally, there’s a peculiarly blank balance to the images. They possess a perfection of composition that threatens to cancel out visual tension. And yet the images are still tense. The tension they lack is replaced by others. One is of narrative possibility, the suggestion of the story that is inherent in the landscape itself, the drama that has happened or will happen off-camera.

A second comes when viewing the work as a whole. When the images are grouped together there is a sustained or fabricated neutrality, something approaching a rigorous oppression. It arises from the meditative repetition of these perfect, depopulated images. We are not at ease, because we know the real world is rarely this neutral. Denied modulation but encouraged to think poetically, we’re aware of what’s been left outside.

And what has been left outside? Well, people, of course. There are no people in these landscapes. There are no moving objects either. There are no bustling, vibrant markets. And there are no stunning vistas that haven’t been touched by the modern world. If there is woodland there is a motorway bridge21 towering behind it in monumental silence, if there is a valley there happens to be a cement factory, if there is a quarry there is a housing estate it seems to be at war with22. But for all these things it’s the absence of people that I find most interesting. Despite these being landscapes I feel as if they should be there. I find myself yearning for them. But I admire the fact that they will not come. Human portraits are not needed. If you know how to look, these rigorously poetic landscapes tell a story enough.